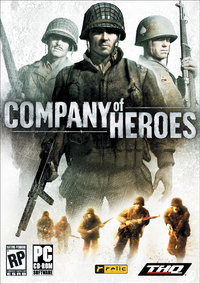 END_OF_DOCUMENT_TOKEN_TO_BE_REPLACED

Obviously C&C Generals and her Zero Hour expansion pack are neither new nor even current titles, so this review comes rather late in the day. Nevertheless, with the next generation of titles in the pipeline from EA (in the guise of C&C3) and Chris Taylor’s Supreme Commander (spiritual successor to Total Annihilation), it might be worth highlighting a few of the problems with this older incarnation of the RTS genre. Whilst the genre was built on the single-player campaigns of the original C&C and co., it lends itself beautifully to the world of multiplayer, and this is where the focus of this little review lies.
First of all, it is only fair to point out that EA have managed to create an untypically balanced game out of the three very varied factions. When one counters in the major differences attributable to the ‘Generals’ of the game’s expansion pack, it is surprising that, at least to a mediocre standard of play, the game offers twelve competitive teams and therefore plenty of diversity in tactics, as teams try to exploit one another’s weaknesses. Of course, this is not to say that certain combinations of opponents do not bias the outcome of the game, and at the top level of the game it should not normally be possible, for example, that a China Infantry team will beat a GLA Toxin enemy. Yet simply by looking at the daily win percentages produced on the game’s online service, one can see that although one or two teams generally have a slight advantage statistically, in general the spread between the twelve factions in terms of victories is very close.

It should be pointed out that these observations take into account only a low-to-medium standard of play. Naturally at the top end of the game, the rules change almost beyond comparison. But the basic point is that C&C Generals still has regular players of all standards, and as a result, gamers can expect a wide variety of different tactics being produced on the field. The closer one gets to the top, of course, the more emphasis on the ‘real-time’ strategy elements of the genre, i.e. time management – the rush. Getting troops onto the field, micromanaging them, and using them to the greatest effect is the essence of the game, and new players will often find a number of variants in this line being used against them. But to make comparison with WarCraft 3, where nearly every game for the beginner will end in a high-level undead hero and an army of crypt fiends storming into their base, whilst they are yet fighting some local creeps, new C&C Generals/Zero Hour players can expect to at least put up a fight, even where this may sometimes feel to be completely ineffectual.

END_OF_DOCUMENT_TOKEN_TO_BE_REPLACED

By continuing to use the site, you agree to the use of cookies. more information